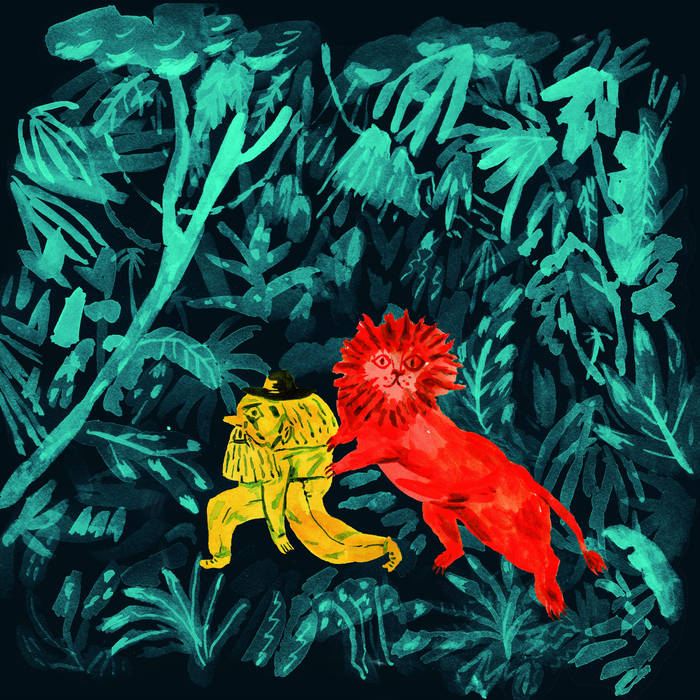 Originally Oba Loba is a project of Norberto Lobo and João Lobo in order to satisfy their desire to compose music for a band. Their debut album, Oba Loba, released in 2015 and critically acclaimed, has been described as ‘hybrid instrumentals that cannibalise popular song’ (Clive Bell in The Wire, july 2015). Comparisons with Tom Zé or Jim O'Rourke were made to try to qualify a music hard to categorize.
Recorded in May 2015, Sir Robert Williams is the second album of the sextet. While most of the songs are composed by Norberto and João Lobo, the influence of the other members, especially pianist Giovanni Di Domenico, is more perceptible. Mixing composed and improvised parts, the increased complicity allows the band to develop clearer atmospheres, oscillating between minimalism and dense orchestrations, gaining in dynamics without losing fluidity and nuances. More accomplished but less immediate than his predecessor, Sir Robert Williams remains faithful to what this project represents for the original duo: an area of freedom where the pleasure of playing and the desire to share are claimed.